Two problems, one is what darwinslapdog said in It's pretty well documented that acupuncture et al varies in effectiveness with belief. It is unethical to condone such a scam. Recently, however, serious scientists from a range of fields have been uncovering evidence that our thoughts, emotions, and beliefs can ease pain, heal wounds, fend off infection and heart disease, even slow the progression of AIDS and some cancers.

The rest of these are objective outcomes and there is scant evidence that happy thoughts have any effect on them. Also, both you and Marchant seem to have some misunderstandings about how placebo actually works. It's not the magic cure-all she makes it out to be. Stevenson died of cancer in I find Marchant's piece in Nature quite limited and reasonable, and well within the domain of things a science journal might publish as opinion. To me, the possible red flag here is Marchant's forthcoming book. It's hard for me to imagine how this subject could be presented in a book-length treatment for a general audience without supporting over-reaching claims, at least implicitly.

Essays published prior to a book release often present a more narrow and cautious take on one piece of the larger topic — as the author and publisher want to gain attention, but save the 'big idea' for the book buyers. Her language in the op-ed is sometimes a bit slippery — again perhaps to leave room for more extreme claims in the book — but the thrust of this piece is hardly outrageous. I'll get to that after noting the 'good' elements of the essay.


She places the potential utility of placebo effects as treatment "for subjective, stress-related conditions such as chronic pain, depression, nausea and fatigue. Having suffered from chronic panic attacks, I know psychological states do have physiological effects. She makes no claim here that CAM can ameliorate underlying physiological conditions. Her suggestion that it might be useful for cancer patients has nothing to do with the actual cancer, but with those "subjective, stress related" conditions that tend to be co-morbid for patients with devastating illnesses undergoing painful treatments like chemo.

She makes the essential point that where conventional medicine falls short is not a 'science' problem, but an 'administration' problem. While we might argue her language allows readers to take her as endorsing current "integrative medicine" practice, taken at her words, she does not actually do so.

By beginning with "One", she indicates there are other 'answers', and that those 'answers' might indeed be better. She indicates that 'integrative medicine' is superior to free- flowing CAM, as the placebo therapy can be regulated, and the MDs can direct patients to "also get the conventional treatment they need. She writes that IM "ensures" that such therapies are regulated and patients get the conventional treatment they need my emphasis. Sadly, while this could and should be the outcome of IM, Orac's previous posts on 'quackademia' indicate that's not necessarily the case.

Very Soon, Falsely Using the Title 'Dr' in the UK Will Land You in a New Heap of Doo Doo

The descriptions of CAM units in major health care institutions do not outline a clear "chain of command" for patient care, in which CAM therapies are indeed overseen and "regulated" by 'real' non-wooey doctors. The alties may have too much autonomy I can't say they do, but it's worrisome enough that I can't say they don't. Worse, too many of the authorities running the IM show appear to believe CAM can actually address underlying physiological conditions. There was an absolutely mind-blowing statement to that effect from Mark Hyman in an RI post I read not to long ago, though I can't find it now it might have been an older entry I got to following a link Still, Marchant's conclusion — her proposition of policy — strikes me as sound.

She posits that 'active ingredients' for treating subjective conditions may be present inside the wrappings of pseudoscientific nonsense like the 'energy power' of reiki, and calls for us to 'tease them out' — "so that we can learn how they work and find ways to incorporate them into patient care. That is, she's not saying it's OK to just blithely send patients off to an acupuncturist or reiki master. I'd guess Orac's counterargument would be something like 'But quackademia never makes that separation.

It doesn't ensure that placebo treatments are quarantined into adressing subjective maladies subjectively.

The Whiskey Charmers - Straight and Narrow (Live at 20 Front Street)

It actually endorses and re-inforces the pseudo-scientific physiological-cure claims of mere quacks! It wouldn't be easy to overcome the obstacles, but it's conceivable we could do what Marchant suggests here. And that could be a good thing.

Read PDF The Quackery of the Straight and Narrow

Like Mickey D's saying 'we already do promote a healthy diet' because they've put one salad on the menu Differences between what is and what could be are at the heart of the issue here. But these are 'what could be' points, and Marchant's essay points to several 'facts on the ground' that complicate the issue. It's not just that quacks have a leg up because they have no hesitance to employ placebo measures.

IMHO, the big differences here are time and context. We have created an administrative structure for health care that is grossly unfair to patients by shackling conscientious sbm physicians and enabling quacks. The quacks get the time to help patients with their psychological needs, and operate in a context that supports that sort of interaction, rather than sterile exam rooms and professional routines geared to treating a person as a sort of biological machine. While it may not fit your definition of 'medicine', patients are getting something from quacks.

I'm convinced that's essentially 'psychological support' for dealing with those 'subjective' conditions that come with physiological effects or consequences.

A method of doing that shouldn't be hard to design. I'd guess quacks are overpaid for what benefits they actually deliver — framing themselves as 'doctors' and all — and they're dealing with patients one at a time. It seems to me group sessions under the purview of qualified psych therapists would not only be cheaper, but get even better results with if framed with 'the right approach' whatever that is The problem would be implementation. Systemic dysfunctions are awfully hard to remedy, as there are so many moving parts with their own entrenched inertias.

There are obviously massive obstacles to putting a better sbm-compatible system for 'treating the whole person' into practice. Since such a system is a "could be", any means of getting form here to there are also 'could be's. And it just might be that the most pragmatic of those — however many flaws may accompany it — falls along the lines Marchant has sketched: bringing a select group of CAM practitioners into the tent; keeping them strictly regulated and under the watchful eye of MDs who limit the CAM practice to those 'subjective' issues, and must approve any and all prescriptions; studying their practice to better 'tease out' the 'active ingredients' of "ritual, mental imagery, empathy, care and hope", and gradually weaning those away from their pseudo-science wrappers into rational adjunctive therapy.

But, then again, that might NOT be a workable strategy, given the facts-on-the-ground. Getting TPTB at those institutions to change could well be a bridge too far, making some other strategy a better bet. But what? Maybe we should trying to come up with workable light sources, instead of just cursing the darkness Jo Marchant is also hooked into the whole "Mind control over telomeres" grift.

Regarding the failings of allopathic medicine to address the psychosocial aspects of stressful therapies, such as chemotherapy, don't we already have a pathway for managing these? Why not put the psychological and social aspects of health care into the hands of providers that are specifically equipped to deal with them, without resorting to pseudoscience and woo? This seems like a better way of "integrating" care, and in fact, many cancer centers, for example, do just this. A quick look at any of the meditation teachers I have had suggests that not, it does not.

Nor is it expected to, though, and nor is it the point, which is why I find the whole article weird. It's also a crappy article. I had to start skimming once I got to this little piece of idiotic blobular thinking:. They are engaged in serious studies hinting that meditation might — as Eastern traditions have long claimed — slow ageing and lengthen life.

Which Eastern traditions? Like, maybe there are some old Taoists notions out there like this, but that's about all I can think of. I mean, the general lifestyle of Buddhist monks might very well mean that they live longer than average, but that is for purely "physical" reasons. Which reminds me:. Clearly neither Marchant nor the people about whom she is writing have the foggiest idea of what it is they're talking about.

Marchant has interviewed Dr Blackburn several times and is invested in her claims.

Harriet Hall surveyed the topic over at SBM. That Nature article really struck a nerve with me. Here is my issue with the way she presents mind-body dualism: she talks about people treating their depression with meditation, and children with ADHD doing something unspecified and using less medication. And that's great, that some people can treat their conditions this way. But if you have ADHD or depression, and you can't control your symptoms with your thoughts, then you have failed.

And since both of these conditions are often seen by contemporary American society as failures already, then you have created a vicious spiral for the patient. You are already 'not normal' and now you've failed to have the willpower to fix yourself. And that is the horrifyingly negative outlook that can destroy people's lives. Or you didn't want, or pray, or believe hard enough. In SBM, sometimes the treatment doesn't work. But we don't say that it didn't work because the patient didn't believe. This is a good point. The more egregious claims are from the blurb about her book. A distinction I missed the first time around.

But even for subjective issues there's a difference between a treatment having a physiological effect itself and having one mediated by a psychological effect. Morphine works independent of whether or not you believe in it, acupuncture doesn't. People won't necessarily come looking for CAM and knowing what they are getting elaborate placebo. They just want pain management and selling placebo as effective treatment seems unethical. Marchant has travelled this road before in the vehicle of New Scientist. She had another article this month in Nature News. This is a strange article based on a study by Tuttle et al.

This study claims that placebo effect in the US is rising - meaning that it is getting stronger. Yet the evidence in the abstract does not exactly fit with that. 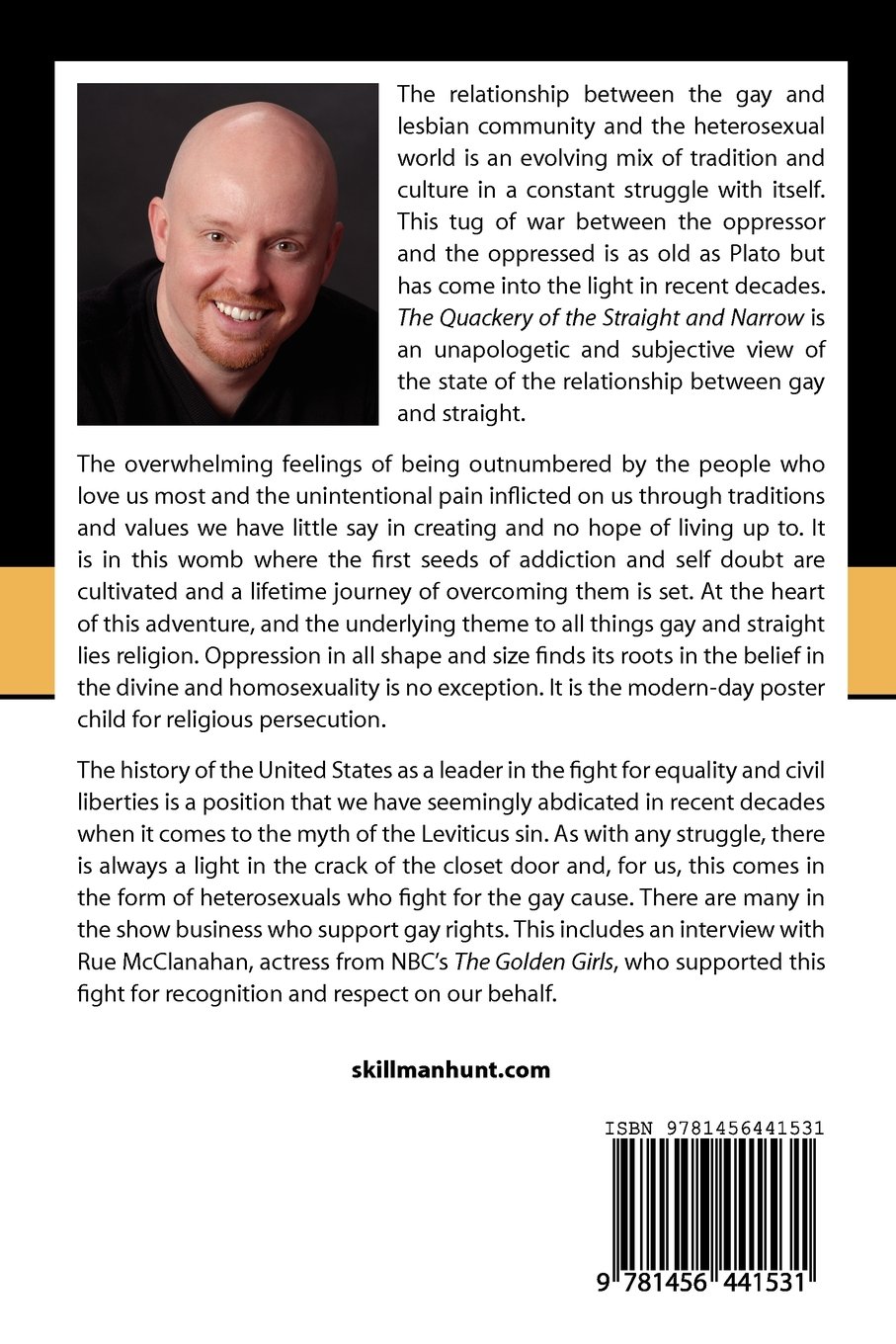 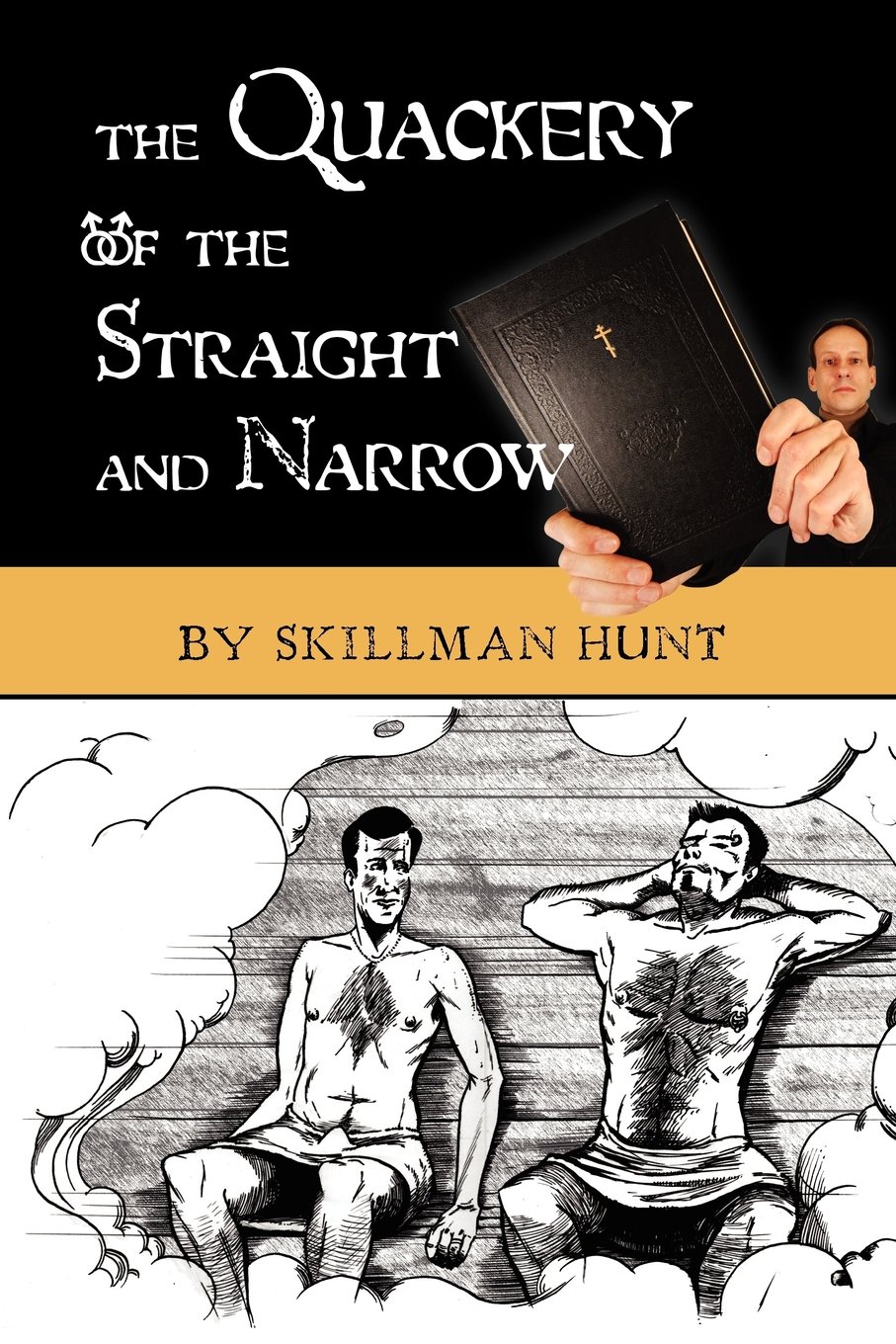 Related The Quackery of the Straight and Narrow